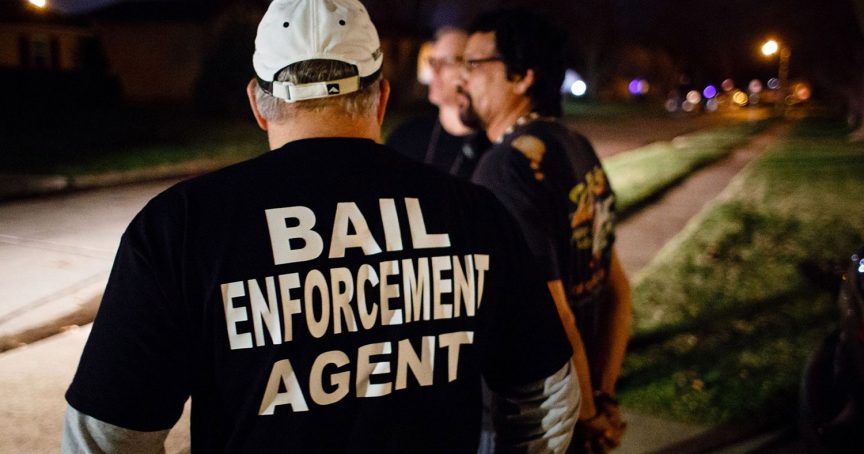 What will Happen if You Skip Bail? Skipping bail can be a scary thing. Whether you're a family member worried someone you know may skip bail or you're thinking about skipping, you should understand the consequences first.

It all starts with an arrest, which leads to the experience of being booked at the County jail. After booking, you'll be put in a cell until bail is posted or you've been granted released on your own recognizance.

The Process of Bail

Bail allows you or someone that cares about you to pay a designated amount of money for release. This money may be cash or another form of collateral. When you enter into a bail agreement, you're agreeing to return to court on the specific dates assigned for your case.

After attending all scheduled court dates, you will receive the collateral back and the bail bondsman only charges 10 percent of the bail. While the bail process works great when you show up, you should be aware of the consequences of skipping bail. Here's what you could be facing if you decide to skip bail.

What is Skipping Bail?

Also referred to as jumping bail, when a person skips bail, they are basically not showing up for the court appearance on the date assigned to their case. However, skipping or jumping bail could also refer to law enforcement discovering you have taken actions suggesting you plan to jump bail, such as purchasing plane tickets to another country without plans to return until after your court date.

When your court date passes and you didn't show up, the first thing that will happen is an arrest warrant will be issued. Once you’re apprehended, you will return to jail and you may not be granted bail again.

Along with the arrest warrant being issued, you or your family will become liable for the entire amount of bail. A bail bondsman will require you to pay 10% of the total bail amount upon release, your family or co-signer will be responsible for the full bail amount if you skip bail.

After a reasonable amount of time has passed, the prosecution will likely file Failure To Appear or Fugitive From Justice charges. This charge comes with an added misdemeanor or felony charge to go along with the original charges. The actual charge will depend on the original charge filed against the person skipping bail.

It's also very possible a bounty hunter will be hired to find you before the bond comes due. The bail bondsman will hire the bounty hunter and if they find you, they will collect a fee of 10-15 percent of the amount of the bail.

If you're not apprehended by the police or the bounty hunter within a few months, the bondsman pays the court and will collect the money from your co-signer. If a property was used to secure the bond, the bondman may begin foreclosure on the property.

Is it Smart to Skip Bail?

The simple answer is NO! When you skip bail, you will not only be causing more issues for yourself, but also for anybody co-signing for you, and your immediate circle of friends and family. If you're the co-signer, make sure the person you're cosigning for will show up for their court date and won't skip bail.