Learn about Florida Disorderly Conduct Laws and how Altman Bail can get you out of jail - FAST!

At Altman Bail Bonds, we generally see this charge in Lake County after a night drinking at their favorite bar, a family gathering that didn’t end so well, or a brawl in public. We have posted many bail bonds for disorderly conduct in Tavares and can quickly guide you on the fastest and most efficient way to secure your loves freedom from jail.

Florida uses the offense disorderly conduct, also known as a “breach of the peace,” to regulate conduct in public places. State laws prohibit public acts that corrupt public morals or violate standards of public decency, or affect the peace and quiet of other people. Common scenarios leading to disorderly conduct charges include public arguments, public intoxication, and non-violent encounters with police.

In addition, a public fight or brawl qualifying as a “riot” according to state laws can result in a felony prosecution, which is a more serious proceeding than a misdemeanor charge. 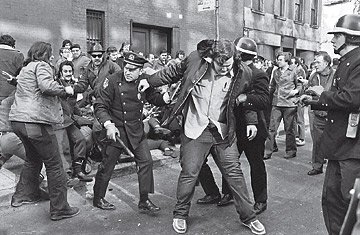 Typically the bail bond schedule for charges such as Disorderly Conduct in Lake County and Sumter County is $500 to $1000 dollars. You will be able to bail out for 100 dollars per offense or bond. These types of charges are misdemeanors and do not carry severe penalties. Very rarely do we see jail time in Tavares for charges of Disorderly Conduct or Disorderly Intoxication.

In general, Florida prosecutes a breach of the peace or disorderly conduct as a second degree misdemeanor. Under Florida law, the defendant may receive a sentence for a term of imprisonment lasting up to sixty days. The state may also impose a fine in an amount up to $500.

In addition, disorderly conduct charges can result in substantial fines to the city or county that has jurisdiction.

If you are arrested in Lake County, Florida for Disorderly Conduct, Call Altman Bail Bonds Office, day or night. You are assured Professional, trusted bail bond service in Tavares Florida.